Working bee wrap 5th & 6th June.
At the project working bee the weather was a talking point at the start of both mornings, with some signs of snow around on Wednesday morning and a -5C start on Thursday the team was keen to get working. We had 7 volunteers, 3 locals (Greg, & Graham & Martyn) and 4 ‘out of towners’ (Geoff & Mick from Sydney) and (Phil & Jenny from the Southern Highlands). Oberon Council supported the working bee with an excavator and driver Ken, this is part of Councils 356 in-kind grant.
Jobs completed were:-
• Installation of a 40-foot Stockrail / Checkrail unit on road 5.
• Installation of 5 turnout timber bearers in 4/5 turnout.
• Relocation of a number of drums of Perway spares.
• Cutting a number of ‘Km’ posts from scrap rail.
• Early spring clean on the inside of Car Set 21.
During Thursday morning Scott McGregor who was the guest speaker at Wednesday night’s General Meeting called in and checked out activities that OTHR have been carrying out. 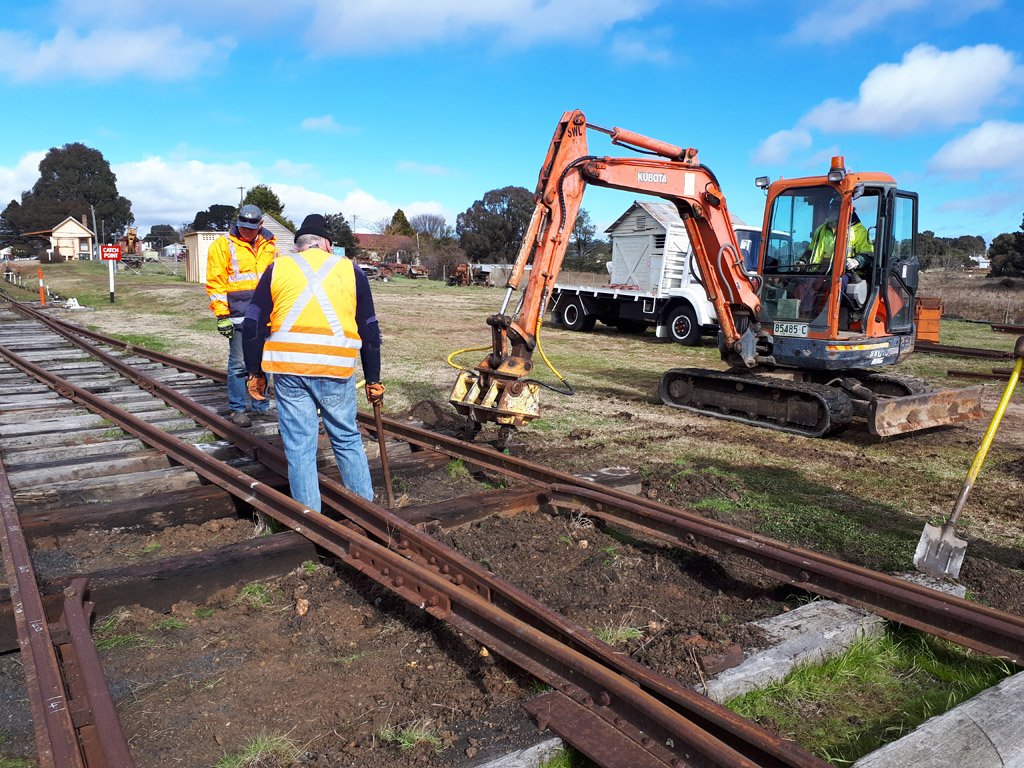 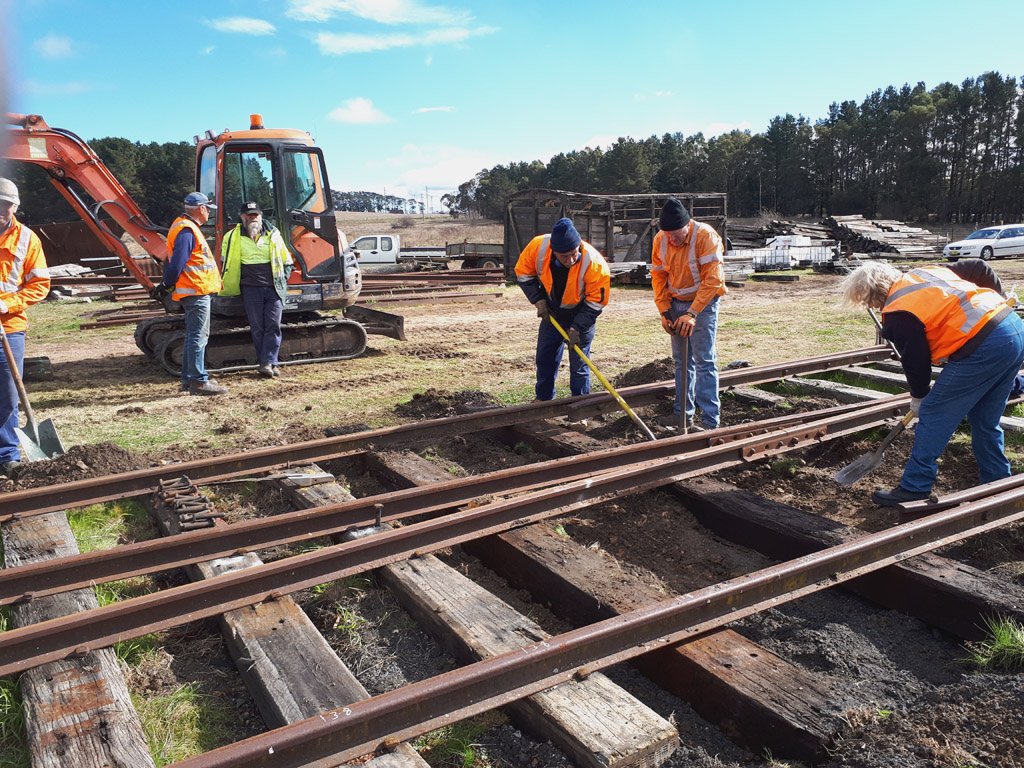 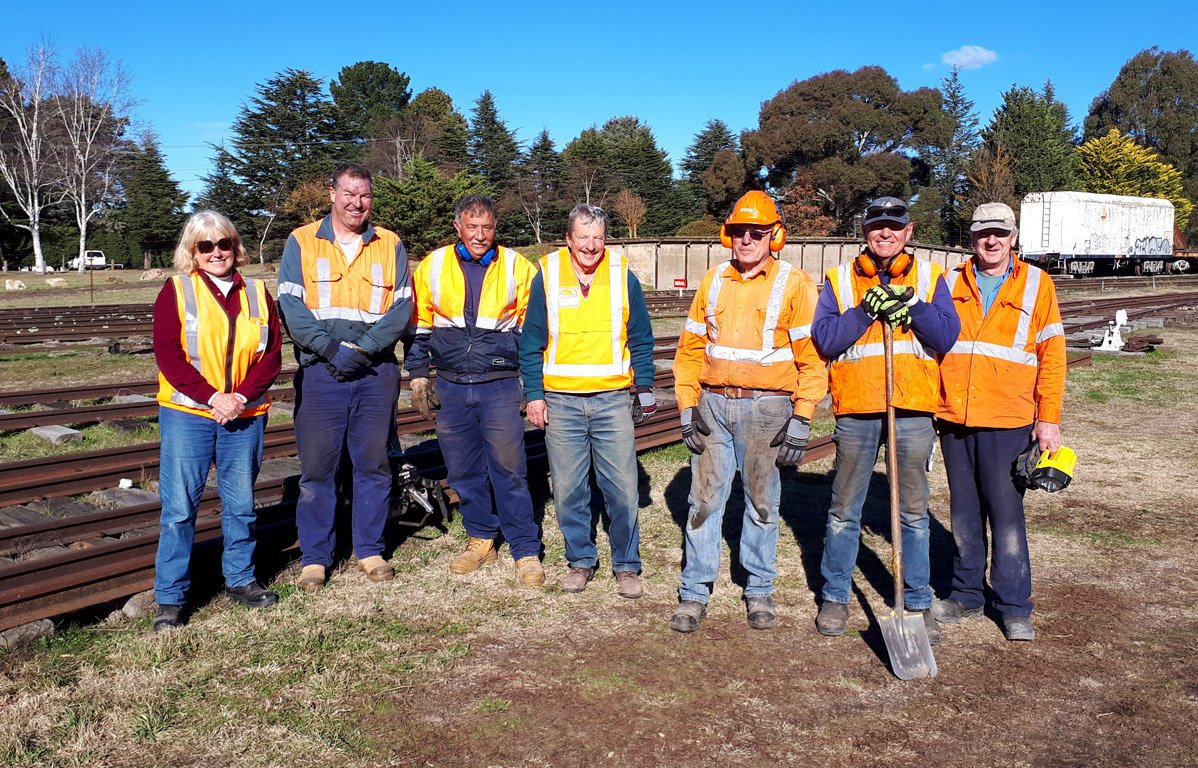