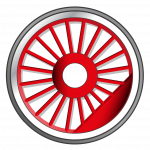 A project working bee was held on the first Wednesday and Thursday of November, to extend 6 road further into the Rollingstock shed. This will allow for more rollingstock to be stabled undercover and restoration works to be carried out.

Wednesday morning saw six OTHR volunteers, laying out sleepers, moving the rail in place. After bolting the newer rail to the existing rail on the southern end, ensuring the rail was straight the down rail was pinned 1 in 4. The process was repeated on the up rail, gauging and pinning 1 in 4, before pinning the entire panel.

Thursday morning saw seven OTHR volunteers with two new members at their first working bee. With the extension complete, volunteers moved onto other tasks which included:- 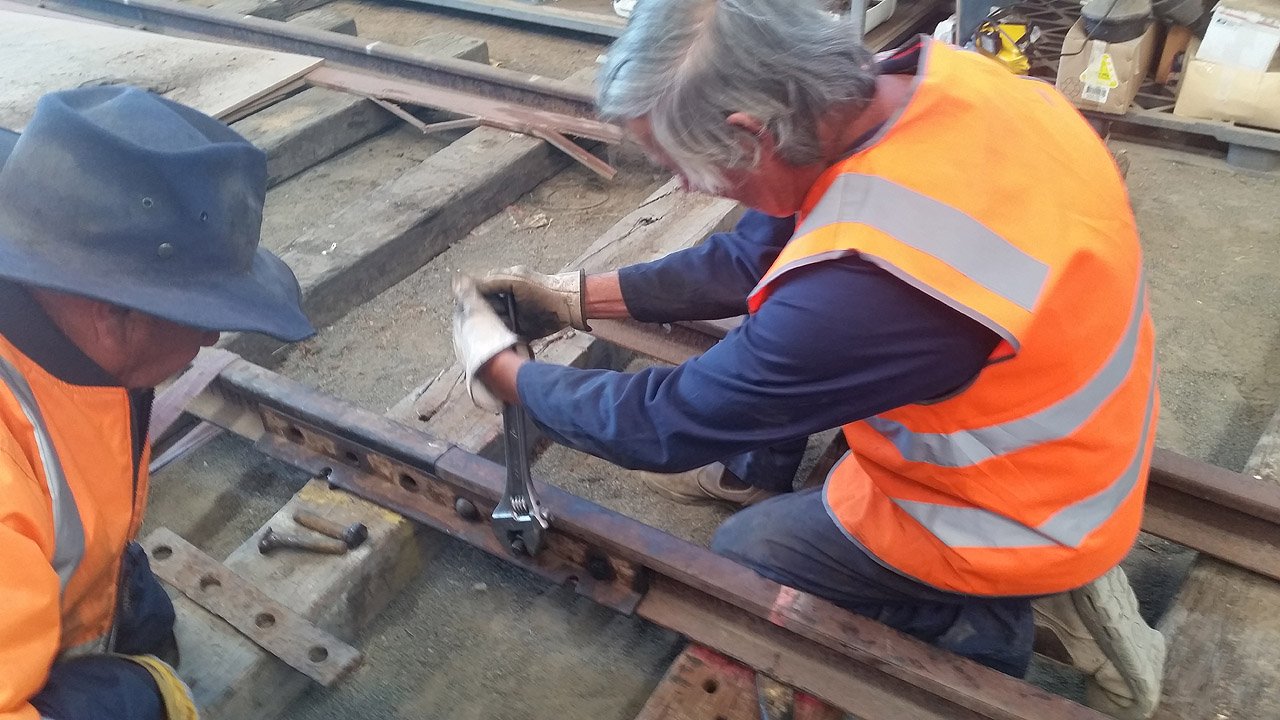 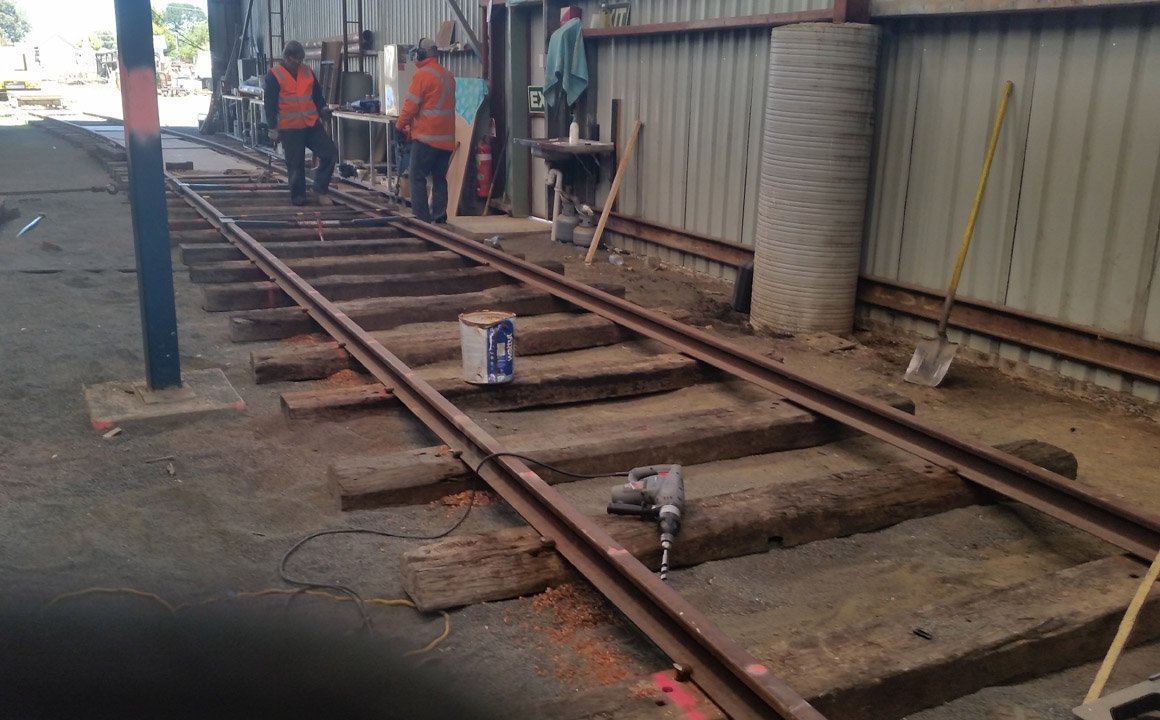 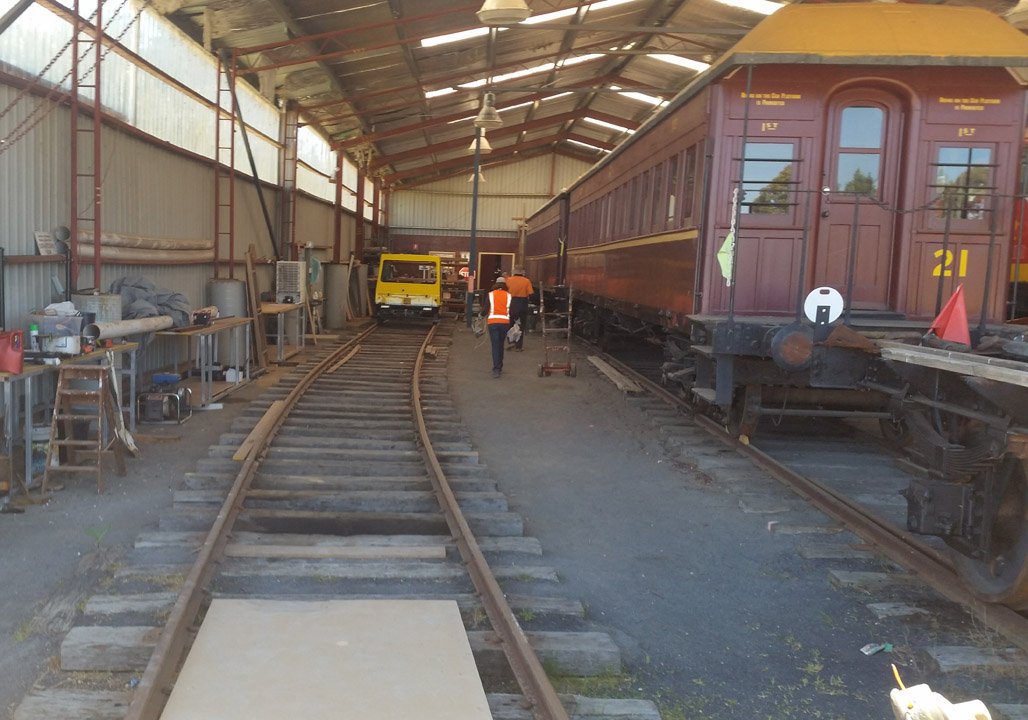 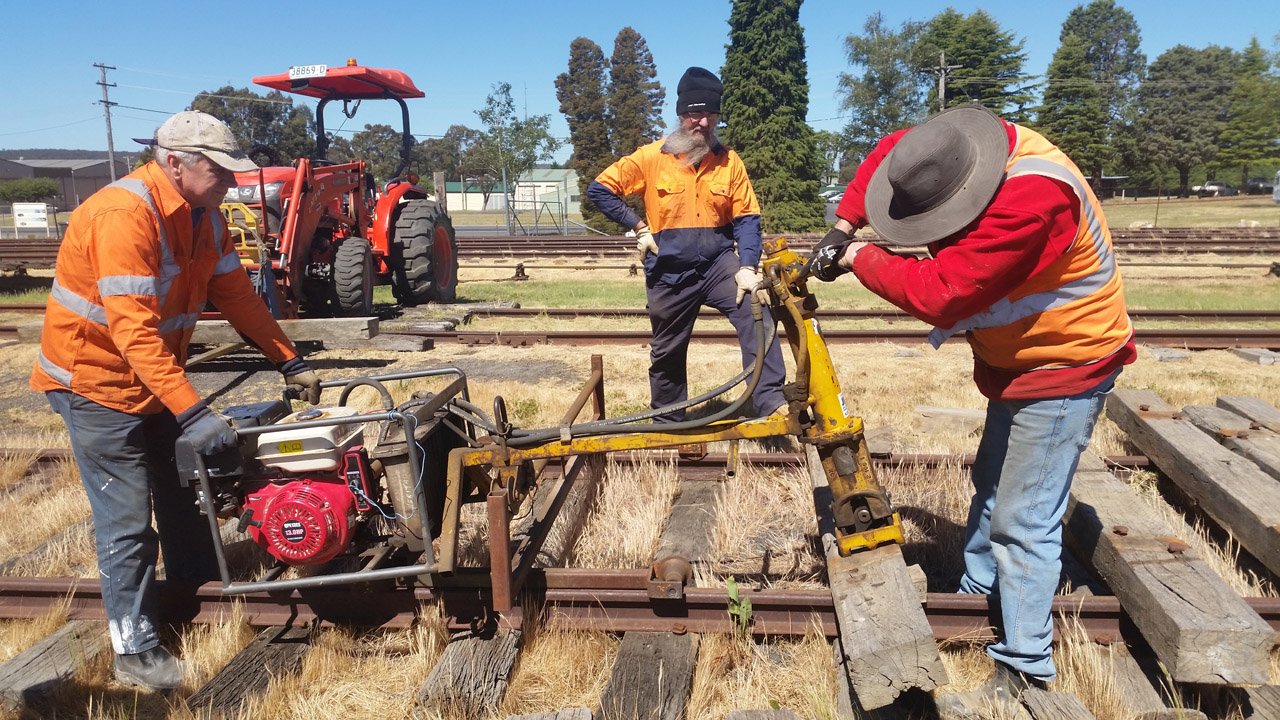 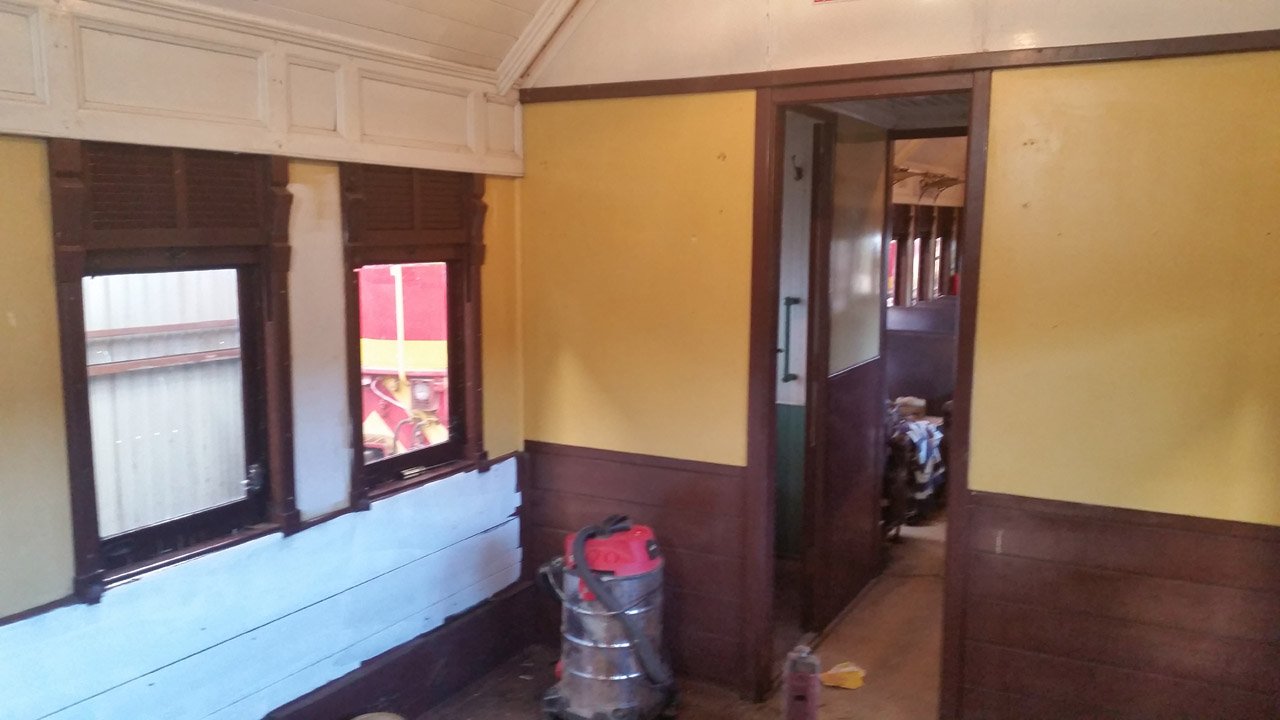